Memorandum Monday: Once in a Lifetime Treat

Good Morning to Sian and everyone else on this beautiful May Monday morning. I am feeling a little blurry eyed this morning having not got to bed until nearly 3 in the morning but believe me it was worth it. Brian and I treated ourselves to a once in a lifetime experience yesterday which we have had booked since last November. We travelled to Windsor to see the Queen's 90th Birthday Pageant and what an amazing experience it was. Believe me if you saw this on the television it is nothing like seeing it live. There was so much happening in every part of the arena and stage it was totally absorbing.

I took a few pictures to give a flavour of the event which I am pleasantly surprised at the results. This does of course allow for low light, heads, arms and pillars. The first few show the troops gathering to welcome Her Majesty. 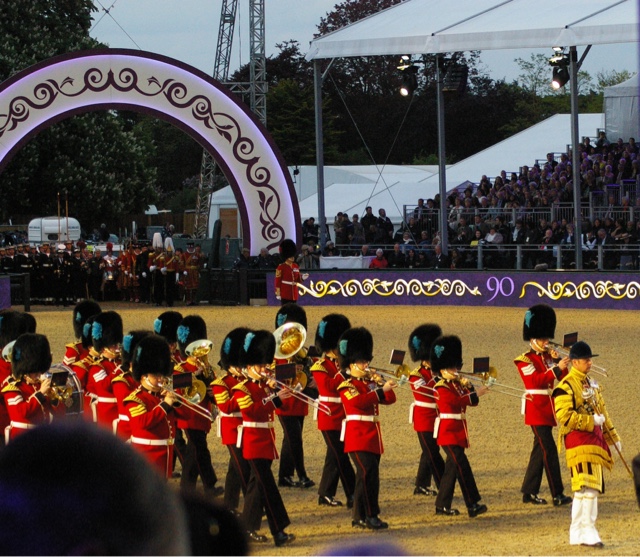 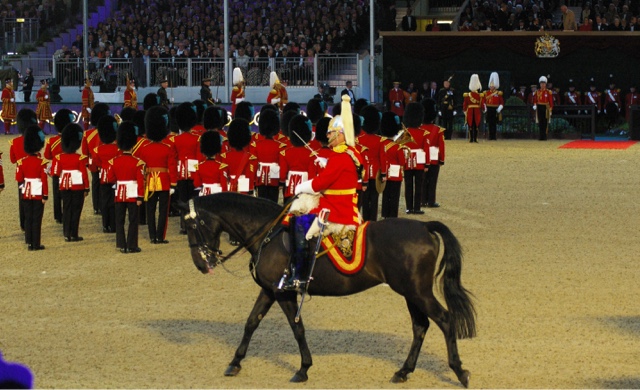 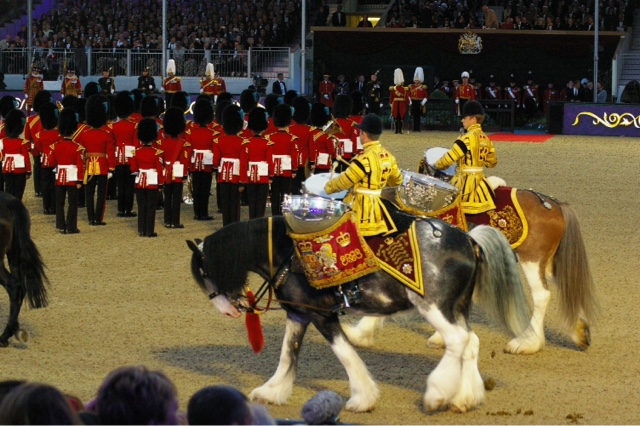 She was preceded by Prince Charles  and the Duchess of Cornwall. 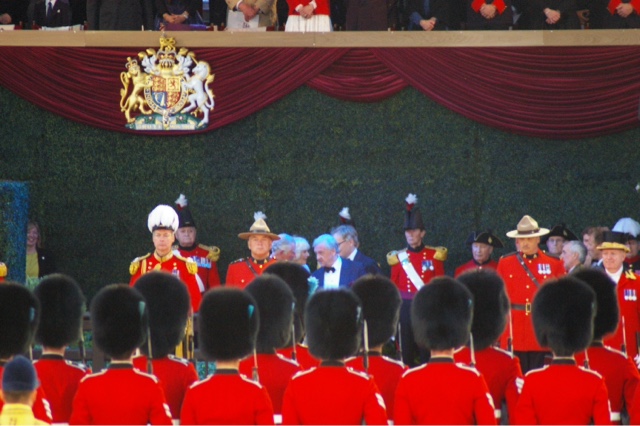 Then The Queen and Duke of Edinburgh arrived by carriage. 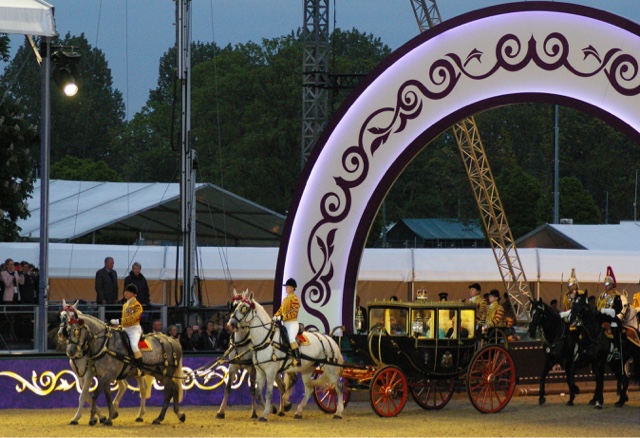 Perhaps one irritation at this stage was the press. Our seats were directly opposite The Royal Box and by an aisle. A handful of press photographers settled themselves on the steps by us with their huge lenses. They then proceeded to talk to each other speculating  as to who the guests in The Royal Box were and what they were wearing. The plus side was that I could glance over their shoulders and see the most remarkable close ups in their camera screens particularly of The Duchess of Cambridge (no surprise there). Fortunately they were shuffled out as the real action commenced.
Here is a small taster of what we saw. I could have taken more but I wanted to totally take in every minute. The Coronation. 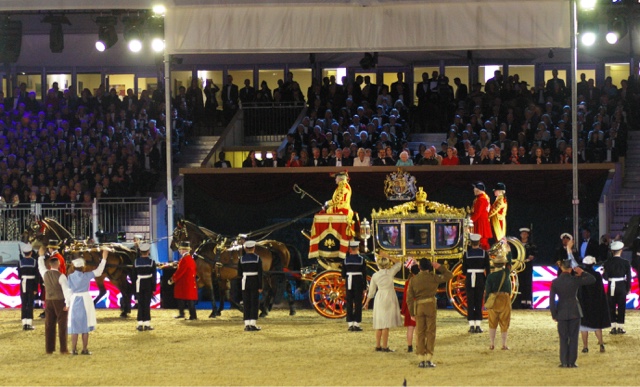 The Royal Cavalry of Oman. 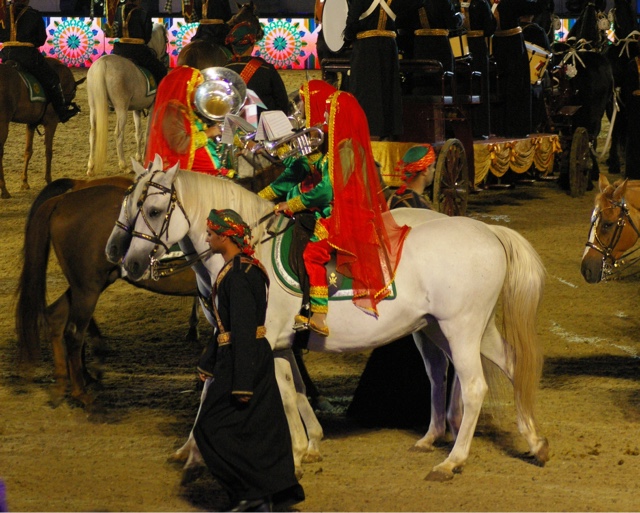 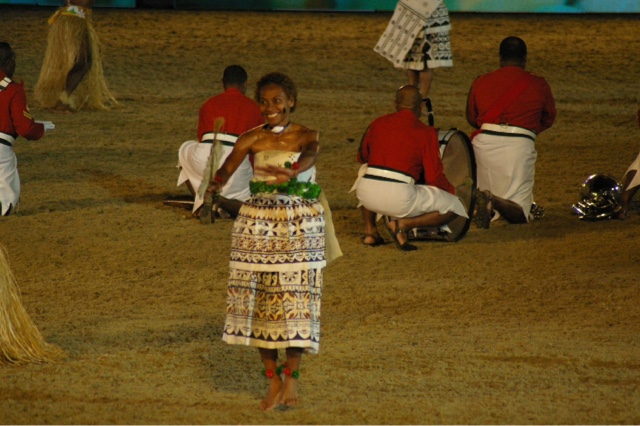 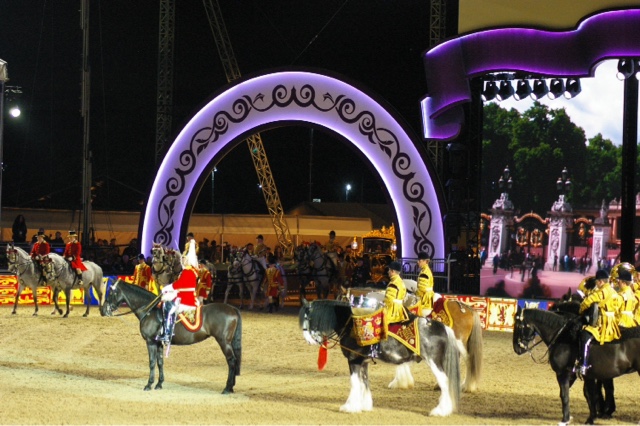 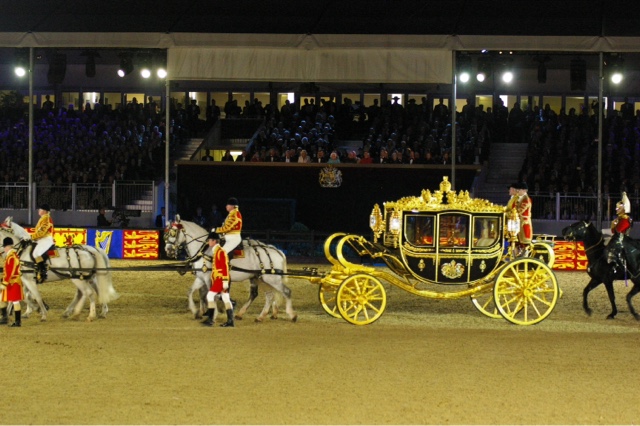 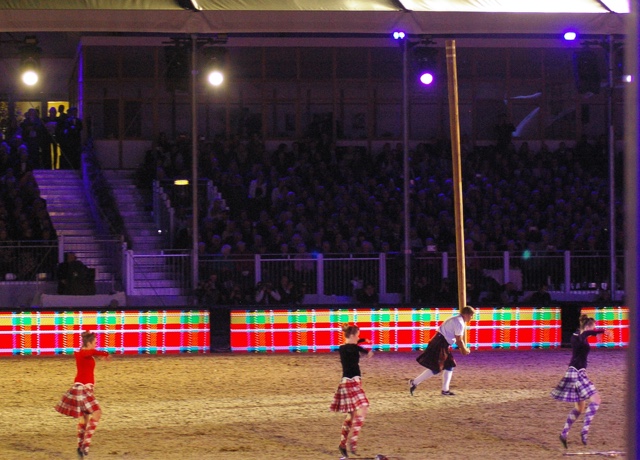 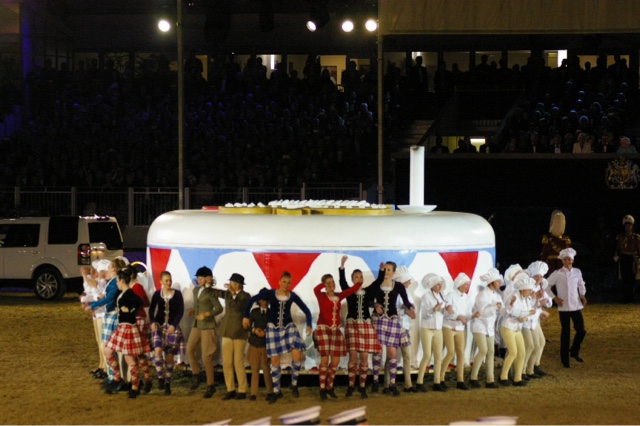 The finale with Shirley Bassey singing Diamonds are for Ever. 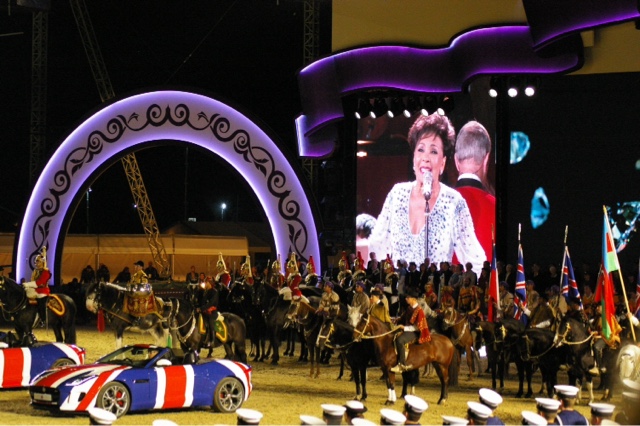 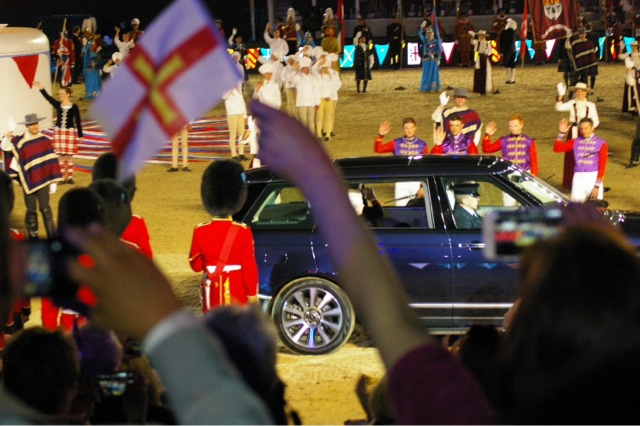 We returned to our coach (not horse driven!) feeling totally satisfied with the floodlit Windsor Castle looking down on us and imagining that Her Royal Highness had already reached home for her evening cocoa! 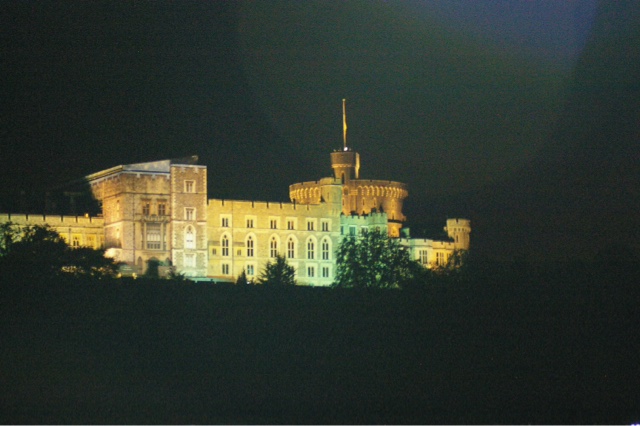 We have many lasting memories that we have brought home with us.